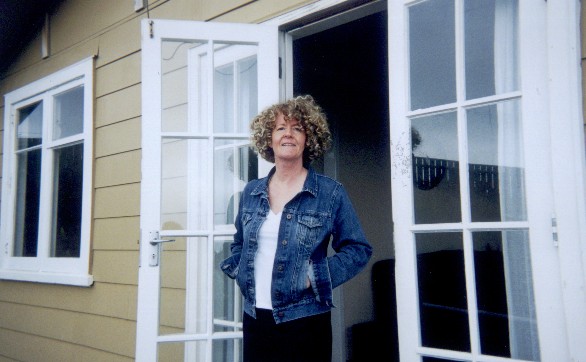 Wes Lee lives in New Zealand. Her latest poetry collection By the Lapels was launched in 2019

in London as part of the Lorgnette Series (Eyewear Publishing, 2017); Shooting Gallery (Steele

of Huddersfield, 2014). Her writing has appeared in a wide array of literary journals and

Prize (University of Plymouth Press); The Over the Edge New Writer of the Year in Ireland.

Poetry London Prize. Most recently she was selected by American poet Eileen Myles as a finalist 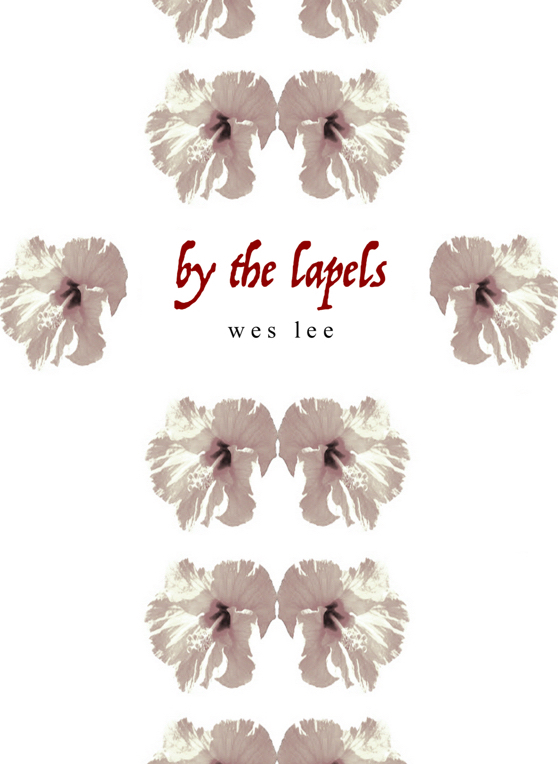 By the Lapels launched in 2019

'Raw, frank, yet exquisitely crafted', By the Lapels is Wes Lee's second full-length collection of poetry.

An oblique narrative told in fragments, scenes half-glimpsed. The poems unfold, adopting a variety of

constant negotiation with being in the world.

'In her second powerful collection, By the Lapels, Wes Lee shows that she shares Tony Beyer’s deeply mulled

poetic impressionism. The book reads as a novel-like narrative, each poem a slanted entry point to the

ongoing story. The first offering, ‘The Things She Remembers’ is a case in point. A list poem of snatched

image-moments... As in subsequent verses in the collection, this almost-comic set up, combining absurdity

with poetry, becomes – through a series of sharp authorial observations and linguistic twists – something

'By the Lapels is a diverse, edgy read grappling with contemporary issues ... Illuminated by sharp-eyed

observation, personal insight and, most of all, a generous sense of our shared humanity.' —

‘The work is full of dark intimations and melancholy ... One is pummelled by life and weirdly joyous at the

incredibly frank state of arrival of their own being in writing.’ — Eileen Myles,

‘I was delighted by her ability to explore form and deploy a lucid, image-laden, evocative sense in

her writing ... I kept thinking as I read these poems what they constantly achieve is aligned with the logic

of écriture féminine, and of what Irigaray promised us women writers would eventually achieve: ‘Don’t weep.

One day we will learn to say ourselves.’ — Jen Webb, University of Canberra

'This is very powerful writing that doesn’t flinch from difficult, sometimes painful subjects. Dense with

visual imagery. Haunted by a sense of enclosure in so many different locations. ‘The wildness I carried away

with me’ seems to be the right phrase for the narrator and the reader after this collection.' – Kerry

'Such a strong collection. Dennis Nilsen's Dog Bleep especially, such a great poem! And Polaroids, a brilliant

By the Lapels is available from ubiq books: University of Auckland, Unity Books, Fishpond, or direct 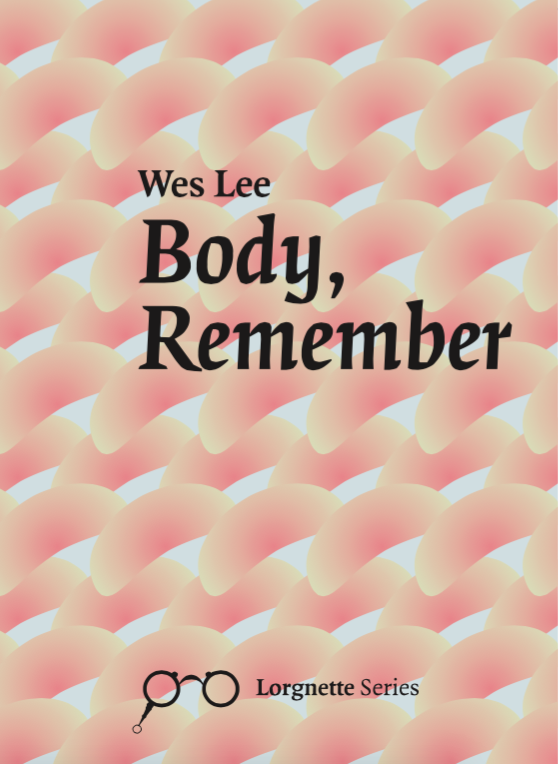 as part of the Lorgnette Series 2017

'Body, Remember' takes its title from a poem by the Greek poet C.P. Cavafy, who, in sensuous

imagery, illuminates the persistence and power of the body-memory of desire. Conversely, in this

pamphlet, Lee addresses the body’s capacity to hide, to deceive, and draw a veil of silence, to create

a blank space within when faced with trauma.

‘These poems are quiet, controlled and sparse, with an accurate ear for rhythm. Body, Remember is a

satisfyingly cohesive collection, each poem adding something to the previous and the next. I found

'In a beautifully coherent cycle of 20 poems, Lee explores the memory of childhood trauma in its bodily

by-minute physical reactions, the stuff that happens with breathing and muscles and skin, are never

pathologised or pitied — instead we are invited to trust in their concrete, corporeal logic and bear witness, as

the body does daily, to the terrible events that they index.' — Elisabeth Kumar,

'In this powerful pamphlet, Wes Lee investigates how the body can play the role of both subject and

object... It is this lack of being that Lee captures so well, this idea that everything’s present but

‘In Body, Remember, Wes Lee catalogues a ‘domino of broken things’ with deft poignancy and dark

humour. She draws our attention to the fact, that even as we read and breathe, our bodies are in a

‘Wes Lee's beautiful, sobering collection gives a skeleton upon which to hang the intangible. It

speaks to transience, to trauma, to the inevitability of time passing.’ – S. J. Bradley, author of

Body, Remember is available in bookstores in the UK, and can be ordered online from the Poetry Book

Society, Amazon, Fishpond, and direct from Eyewear Publishing in London. 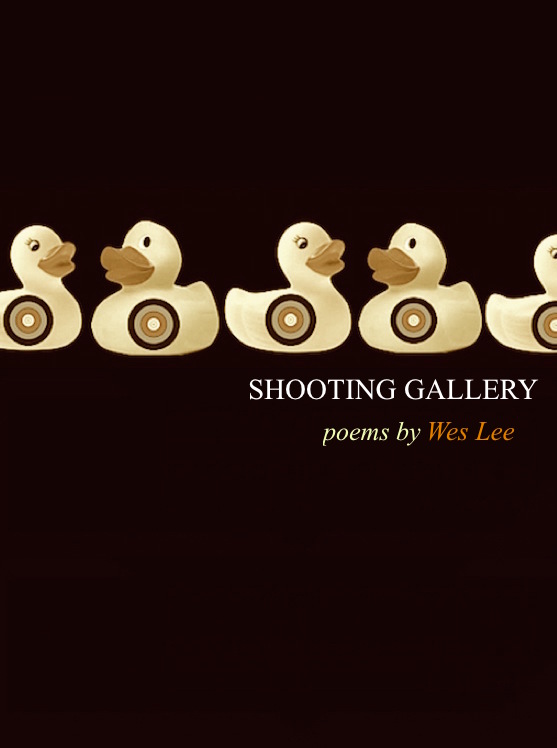 in 2016 by Steele Roberts Aotearoa

'Shooting Gallery is stunning. The poems are assured, brave, and many have already been published

in a wide array of NZ and international journals... The body is prime. And although throughout the

collection pain and indignity are often a given, there is also a glorying in the physical, the sensual;

there is verve, and poems that punch the air celebrating survival... It is striking that in these poems,

no one is judged. The first thing that Wes Lee concerns herself with in Shooting Gallery is the

humanity of each person. Here, the last shall be first, and she ensures that, in this marvellous

collection, we know why this should be the case.’ – Carolyn McCurdie, Takahē Magazine

‘This is a collection of devastating beauty and power. It's rare to find poetry that can convey so

much, with such brevity.’ – SJ Bradley, author of Brick Mother, and editor, The Big Bookend

odds are not good. On the other hand there are moments – and moments matter for Wes Lee – when

the balance of the universe tips back in your favour.’ – Murray Edmond, Landfall 233: The 70th

Shooting Gallery is available from Unity Books, and can be ordered direct from Steele Roberts in 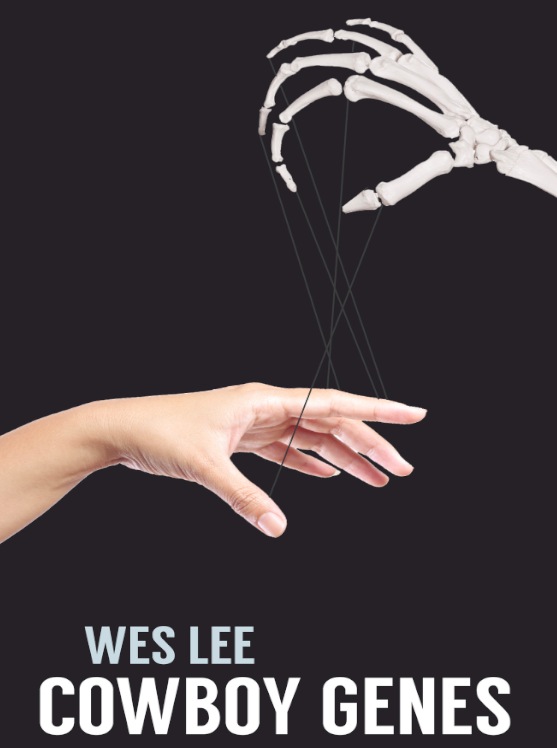 Cowboy Genes launched at the

'Of the five stories in Cowboy Genes, three struck me: Diseases from Space, The Gardenia Girls, and

especially Crash Test Dummies. If you are weary of cheap cynicism being passed off as profundity,

you’ll feel great empathy for Victor, the central character of this story, who yearns for things that are

isn't a big name on the short story scene because her work is really very special. If you like the

this will be way up your street. The quality here is outstanding.' — Dr. Mark Ellis, Amazon.uk, 2019

Cowboy Genes is published by Grist Books, University of Huddersfield Press and is available

from Amazon and Inpress Books